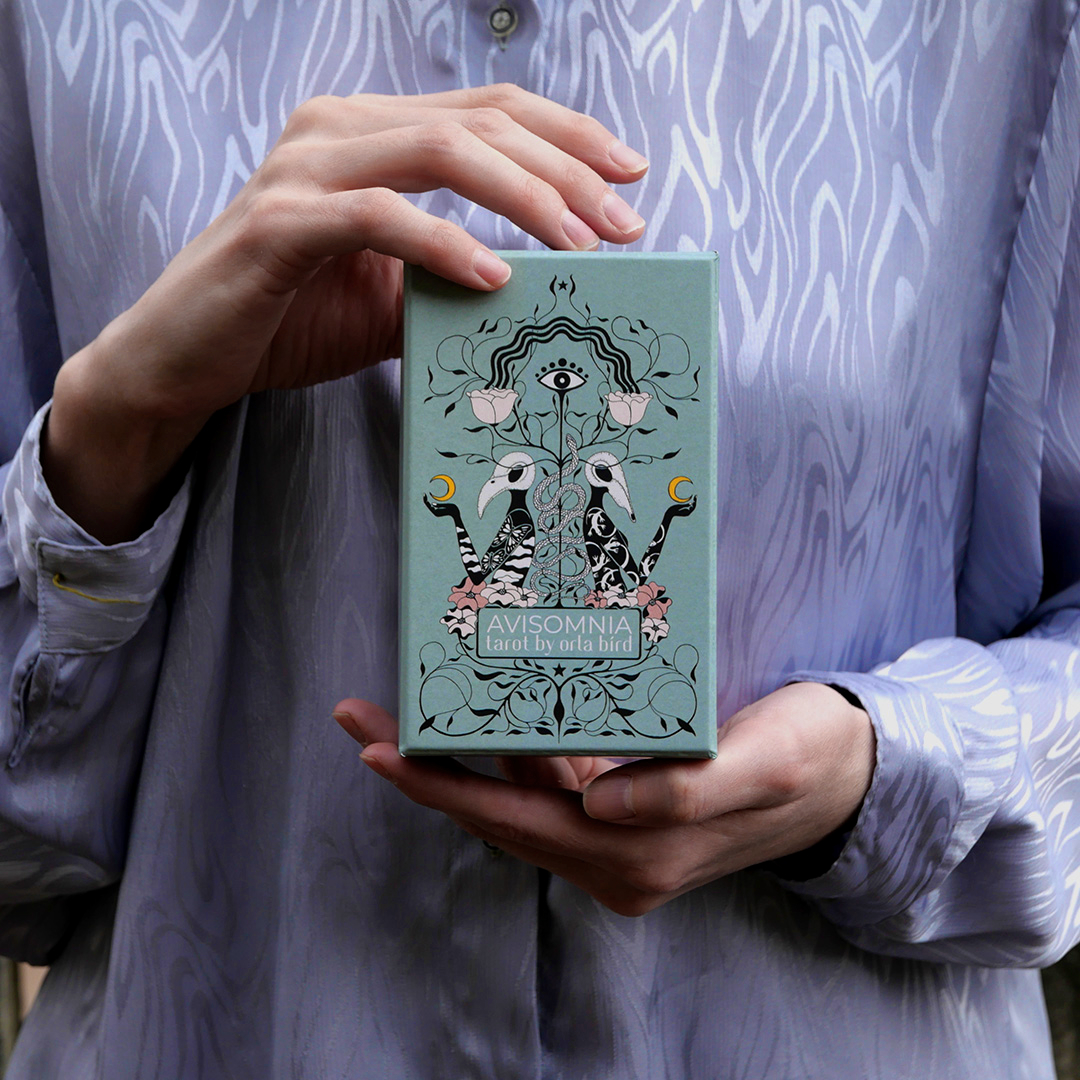 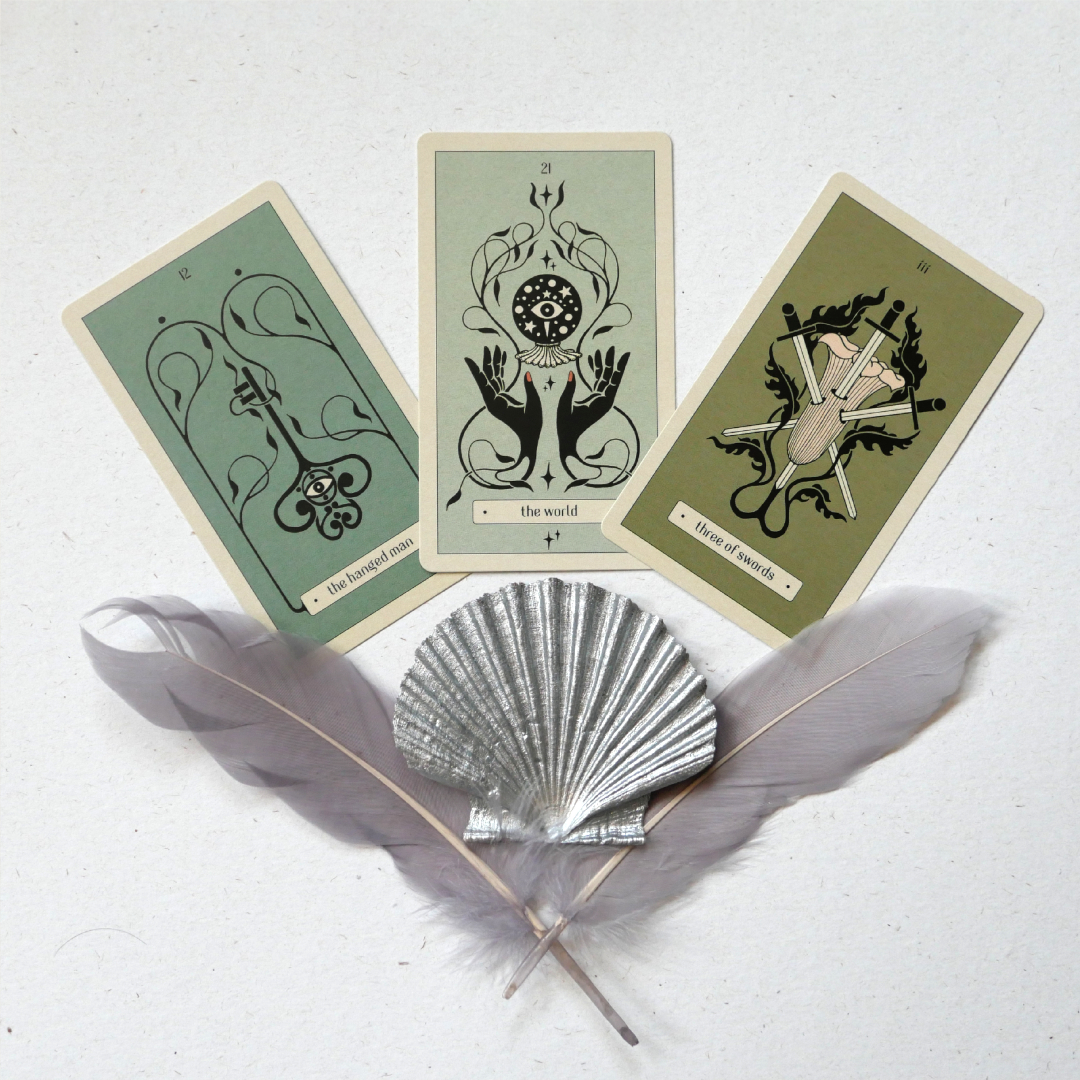 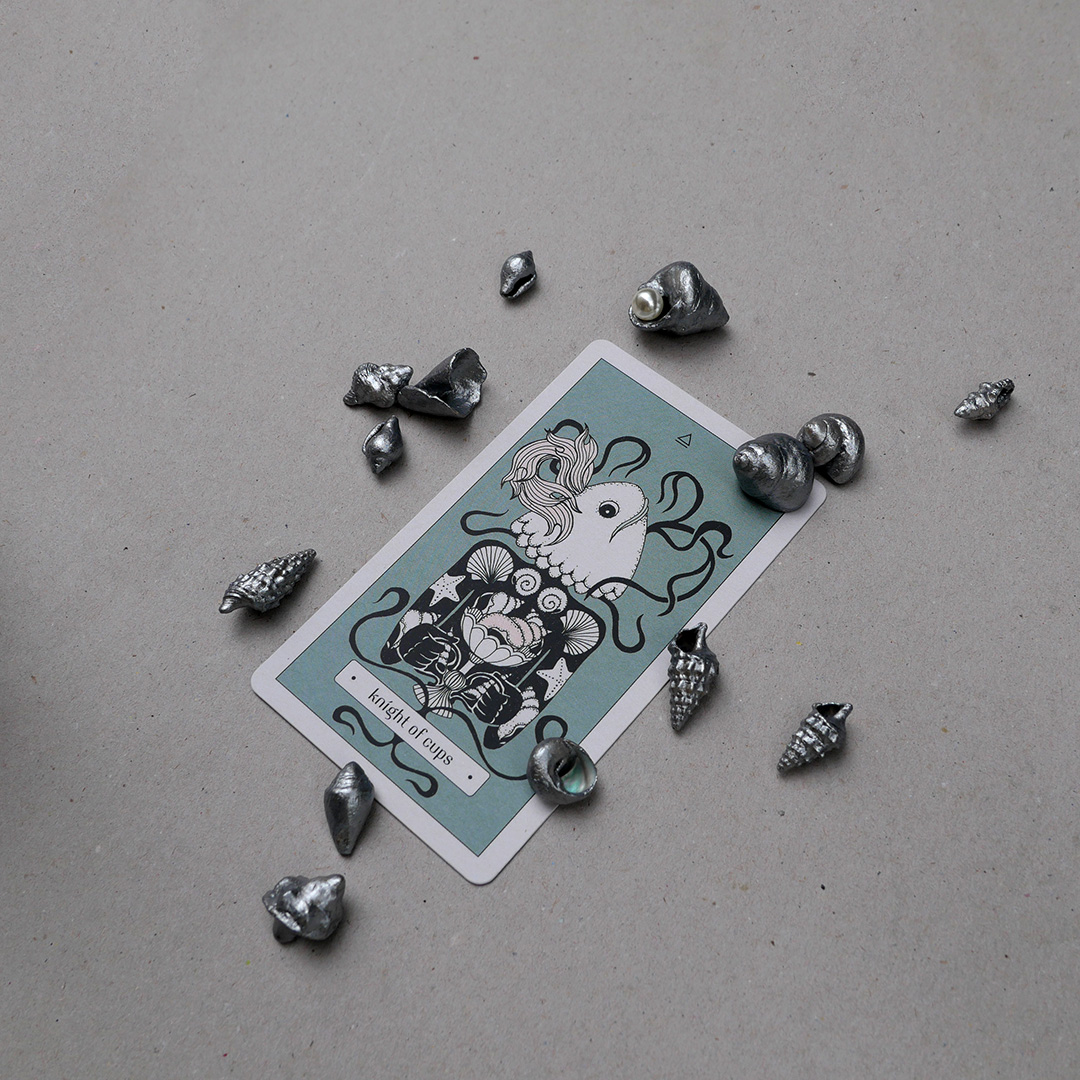 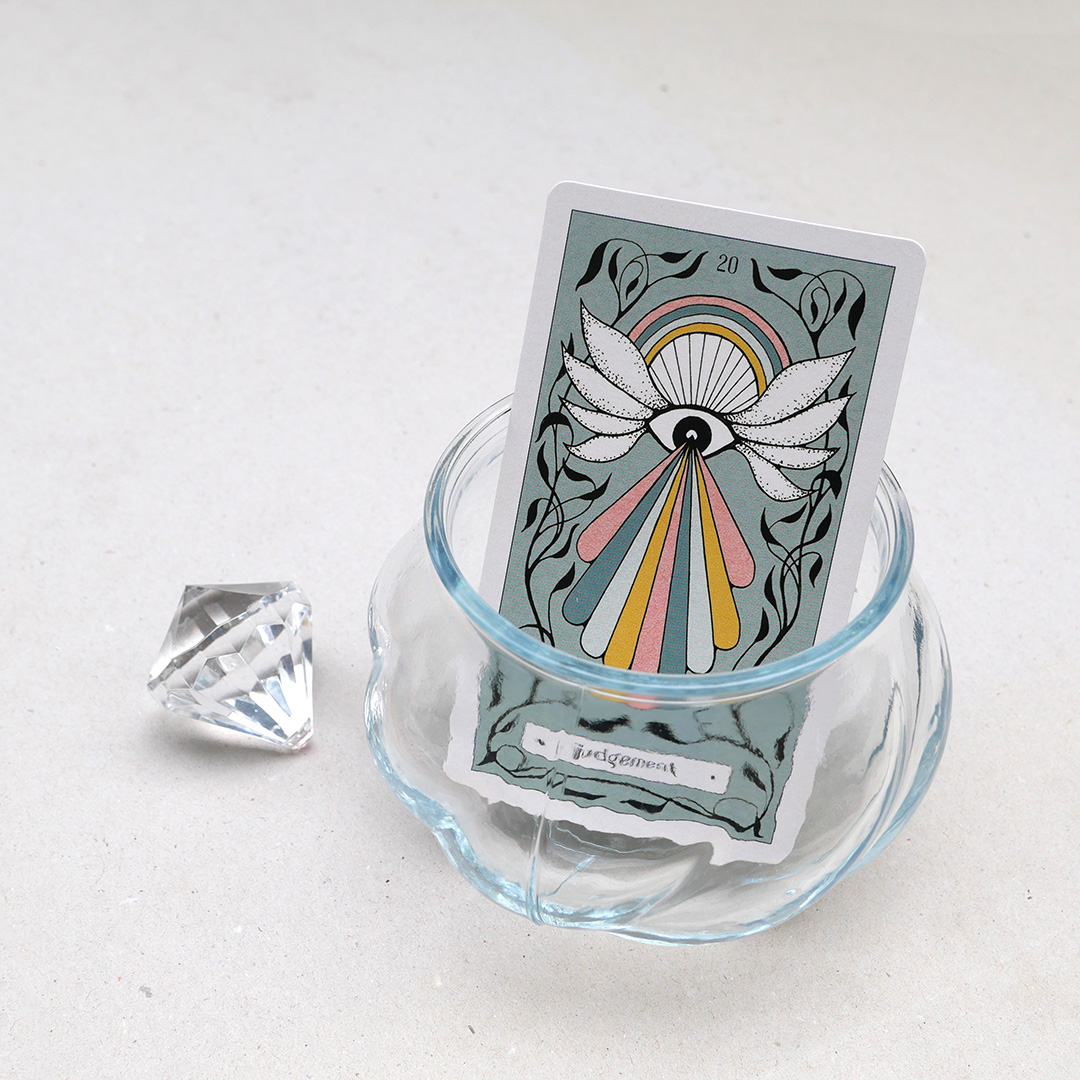 Task:
A tarot deck is a set of 78 cards used for divination and self-exploration. It consists of Major and Minor Arcana. Major Arcana are the trump cards numbered from 0 to 21, believed to represent important life events or personality traits. Minor Arcana cards are arranged into 4 suits: pentacles, cups, swords and wands, reflecting relatively mundane features of life.

Avisomnia (avis somnia, lat. – bird’s dreams) is a tarot deck based on the symbolism of the Rider-Waite deck except with different imagery. Major Arcana archetypes are presented as interconnected organisms with eyes as symbols of a presence while Minor Arcana feature 4 different kinds of imaginary plants, one for each suit.

The deck of 78 cards is accompanied with the booklet with explanations as well as the cardboard box featuring the main visual.

This website uses cookies to improve your experience while you navigate through the website. Out of these, the cookies that are categorized as necessary are stored on your browser as they are essential for the working of basic functionalities of the website. We also use third-party cookies that help us analyze and understand how you use this website. These cookies will be stored in your browser only with your consent. You also have the option to opt-out of these cookies. But opting out of some of these cookies may affect your browsing experience.
Necessary Always Enabled
Necessary cookies are absolutely essential for the website to function properly. These cookies ensure basic functionalities and security features of the website, anonymously.
Functional
Functional cookies help to perform certain functionalities like sharing the content of the website on social media platforms, collect feedbacks, and other third-party features.
Performance
Performance cookies are used to understand and analyze the key performance indexes of the website which helps in delivering a better user experience for the visitors.
Analytics
Analytical cookies are used to understand how visitors interact with the website. These cookies help provide information on metrics the number of visitors, bounce rate, traffic source, etc.
Advertisement
Advertisement cookies are used to provide visitors with relevant ads and marketing campaigns. These cookies track visitors across websites and collect information to provide customized ads.
Others
Other uncategorized cookies are those that are being analyzed and have not been classified into a category as yet.
SAVE & ACCEPT
error: Content is protected !!